Tips for Managing People Who Can’t Make Up Their Minds

Indecisive people are a frustrating part of life. Here are some tips for dealing with an indecisive person and helping them make up their minds already!

We have all had to deal with indecisive and difficult people at some point in our lives. Whether it be the manager who can’t decide on how to format a report, or a wife who can’t make a decision on whether you should go to Olive Garden or The Spaghetti Warehouse, indecisive people are a frustrating part of life. Here are some tips for how to deal with an indecisive person and help them make up their minds already!

When dealing with an indecisive person, you simply cannot offer them an unlimited list of options. You have to narrow down and limit their options to two or three choices; no more than four. If you allow them more than four options you will find yourself in for a very long day… maybe even longer.

Take Them to Task

Most of the time, an indecisive person will be the type that doesn’t really want to do anything physically. They just want to talk about things forever. So I find that one way to get indecisive people to make up their minds is to take them to task on their “visions.” Let them know exactly what they will have to do in order for certain choices before them to be carried out. This will also help narrow down the list of options because more than likely, once the indecisive person hears about all the work they will have to do in certain cases, they will be less thrilled about those options.

Clearly Outline the Benefits of Each Option Sometimes indecisive people have a problem deciding because they are not able to process information well. They sometimes have a hard time deciding what are the pros and cons of a situation. Help them out. Give them specific reasons why each option would be ideal. Just two pros each will do. When you find that they are favoring one or two choices over the others, that’s when you hit them with the biggest “con” or downside of one of those two narrowed down choices. BAM. They will think about it for a few moments, and after a short while will probably choose the opposite option.

Now that you have gotten them to commit to one option, you have to wrap things up quickly. Do not allow them extra time to think about the decision they just made. Tell them: “Great, I will get this going.” Reassure them by saying things like “This will be great” or “I’m glad you made this choice,” and then leave the room to get things started.

The most important advice you can get when dealing with an indecisive person is to be firm with them. Don’t waiver like them or play into their dysfunction. They will start to think this is a fun game and you will end up going back and forth forever. So put your foot down, let them know that there is a firm timeline that you have to follow, and stick by your narrowed down options. One sign of weakness, and an indecisive person will have you tied up in knots.

Don’t think you’re alone if you frequently have to deal with indecisive people in your everyday life. They may seem impossible to work with at first, but if you implement these options, remain calm, and use your charm and wit to get things done, you will find success dealing with indecisive people.

One of the most valuable lessons that I learned from being in a sorority in college was to always talk in positives. We were taught creative ways to avoid saying the word “no.”

Years later I learned about NLP (neuro linguistic programming) which also teaches people to speak in the affirmative instead of the negative at all times.

So say a customer or client asks you if you offer a certain service — instead of saying “no we don’t do that” you’d say “we offer an even better option to meet your needs.”

It’s actually kind of fun — it’s like a brain tease to figure out creative ways to avoid saying the word “no” or “not.”

And it’s good for business.

Customers Don’t Like Being Told “No”
The psychology of this is that people are more open and receptive to your messages when you speak to them using affirmative language. People don’t really like being told “no.” Do you?

Customers also respond better when a business offers them alternative solutions instead of just saying “no.” They feel respected as if you are trying to work with them.

When you use negative language with your colleagues and employees, you may find that you have trouble getting what you do want from them. For instance, telling someone “don’t be late” puts “lateness” instead of “being on time” in their mind, and they unconsciously do things that still make them show up late.

Real Life Examples
Here are a few more examples of ways that you can change your language when communicating with business clients, customers, employees, colleagues and suppliers:

Instead of telling your employees “don’t mess up the reports” you would tell them “please take special care to ensure accurate reports.”

Instead of “no refunds” you might say “we’d be happy to offer an exchange, store credit or upgrade.”

Instead of “there’s nothing more I can do” you might say “I have made every effort to satisfy your request.”

Instead of saying “no we aren’t open on Sundays” you would say “We’re conveniently open from Monday through Saturday, 9am to 7pm.”

Instead of telling a supplier “No, I can’t accept that discount” say “I would like to negotiate a better discount arrangement that is beneficial for both of us. What can we do here?”

You get the idea. Examine your last 10 emails and letters to see how you might be using negative language when communicating with others. In your small business communications, make every effort to modify that language in the future so that it expresses affirmative, positive feedback and viable solutions.

Louise Gaillard is a professional writer, marketing consultant and the author of Easy Twitter Marketing Tips for Business Success.

Stay updated on the topic of how to sharpen your business communication skills in this section of StartUpaSmallBiz.com . 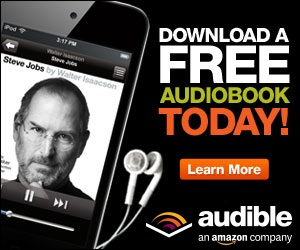